Return to Luisa Saved My Life

Another Healing through the Intercession of Luisa 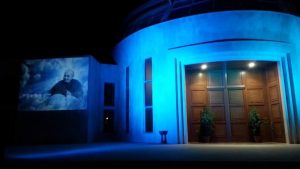 Another inexplicable healing obtained through the intercession of Luisa Piccarreta where the protagonist, this time, is one of Luisa’s fellow citizens.

The testimony is given directly by the person who experienced it and met Luisa during her illness. The event in fact takes place in the first half of the ’30s when Mrs. L.M .was only three years old.

In full possession of her physical and mental abilities Mrs. L. remembers clearly what she learned from the story of her mother while she was alive and now, by a written document, she tells it our Association Little Children of the Divine Will for the collection of various statements of healing in favour of which Luisa interceded.

The story is as follows:  when L. was very small, suddenly a swelling of considerable size was formed under her tongue and her parents took her to a surgeon.

The doctor said that she urgently need a surgical intervention so he fixed the surgery date. The girl was too little and for this reason her mother was scared and worried.

Perhaps it is no coincidence that her maternal grandmother had some relatives of Piccarreta as neighbors,  in fact they after hearing the story and seeing the desperation of the young mother, suggested her taking the little girl to Luisa.

Luisa advised them not to operate on the little girl, but to entrust her to Saints Cosmas and Damian (medical saints)  sure of their intercession, showing clearly her own devotion toward all the saints to whom, as a child, she addressed her prayers.

That very night from the little girl’s mouth began to come out a kind of drool and the swelling began lowly to decrease until it disappeared altogether and didn’t occur anymore: the little girl was totally healed and grew very well.

At the end of her testimony, Ms L. wrote: “My mother told me that through the intercession of Luisa Piccarreta I received a miracle. From then until her death my mother was devoted to Luisa,  and the Medical Saints; after her,  I too! “.

A new miracle was accomplished thanks to the intercession of  Luisa “The Holy” while she was still alive. There are in fact some events that happened proving the “gift of foresight” that Luisa had and they are described well in the Official Biography ” The Sun of My Will”, as well as it is not unusual her intercession in favour of little children toward whom she showed a special tenderness.

Many are those who still retain a sweet childhood memory of Luisa for having visited her with their own grandparents or parents, not always to receive a miracle, but for the simple love with which she used to welcome little children.

Permanent link to this article: https://bookofheaven.com/luisa-saved-my-life/another-healing-through-the-intercession-of-luisa/