Return to The Cause

Interesting Facts about Luisa and her Writings 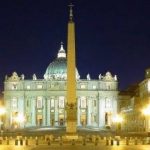 Interesting Facts about Luisa and her writings:

Writings of Luisa released from the Vatican Secret Archives

Also on the Feast of the Purification of the Blessed Virgin Mary, the Feast f the Presentation was Luisa’s 1st Mystical Marriage as recorded in Volume 1:

Psalm 44 – “All the Glory of the King’s Daughter Dwells Within; Her Garments are Fringed in Gold;
She is Robed about in Many Colours. Virgins shall follow her to the King; her neighbours shall be brought
before you. They shall be borne with gladness and joy; they shall be led into the Temple of the King.”

Volume 1 – Luisa’s 1st Mystical Marriage – “The longed-for day finally arrived, after not a little suffering. I remember that it was almost one year that I had been continuously in bed – it was the day of the Purity of Mary Most Holy. On the night before that day, my Lover Jesus made Himself seen all festive. He drew near me, took my heart in His hands, and He looked at it over and over again; He dusted it, and then He gave it back to me again. Then He took a Garment of Immense Beauty – it seemed to me that its background was a layer of Gold streaked with various colors – and He Clothed me with that Garment. Then He took two Gems, as if they were earrings, and He Bejeweled my ears. Then He Adorned my neck and my arms, and surrounded my forehead with a Crown of Immense Value, all enriched with Precious Stones and Gems, all Refulgent with Light; and it seemed to me that those Lights were as many Voices that resounded among themselves, speaking in clear notes of the Beauty, Power, Fortitude, and of all the other Virtues of my Spouse Jesus. Who can say what I comprehended, and in what Sea of Consolation my soul was swimming? It is impossible to say it.
Now, while Jesus was Crowning my forehead, He told me: “Most sweet spouse, I place this Crown upon you so that nothing may be missing in order to make you worthy of being My spouse; but then, after our Wedding is done, I will take it with Me to Heaven, to keep it for you at the moment of your death.” Finally, He took a Veil and covered me completely with it, from head to foot; and He left me in that Way. Ah! it seemed to me that in that Veil there was a great Meaning, because the demons, in seeing me all covered with that Veil, were so frightened and had such fear of me, that they fled, terrified. The very Angels were around me with such veneration, that I myself was confounded and all full of blushing.
On the morning of the aforementioned day, Jesus made Himself seen again all Affable, Sweet and Majestic, together with His Most Holy Mother and Saint Catherine. First, a Hymn was Sung by the Angels, while Saint Catherine assisted me, Mama took my hand, and Jesus put the Ring on my finger. Then, we Embraced and He Kissed me, and so did Mama also. Then we had a conversation, all of Love – Jesus told me of the Great Love He had for me, and I also told Him of the love I had for Him. The Most Holy Virgin made me comprehend the Great Grace I had received, and the correspondence with which I was to correspond to the Love of Jesus.
My Spouse Jesus gave me new rules in order to live more perfectly, but since it has been a long time, I don’t remember them so well; therefore I will skip them. And so it ended, for that day.”

In May of 1938, following a persecution of Luisa by certain parties, and in a time when the Vatican was clamping down on the many reported mystics of that time, including Padre Pio, who was condemned by Pope Pius XI, a delegate was sent from the then Holy Office to Luisa’s home in Corato, Italy, to confiscate three works associated with Luisa’s name, which had been edited, changed, and published by her last confessor, Don Benedetto Calvi. These three works were definitely not the volumes of the Book of Heaven, which had not been published. The three published works were: “The Hours of the Passion of our Lord Jesus Christ with a treatise on the Divine Will” “The Queen of Heaven in the Kingdom of the Divine Will,” and a compilation of passages from Luisa’ first four volumes with the title, “In the Kingdom of the Divine Will.” Remember these three works were not as originally written by Luisa but were edited and changed by Don Benedetto Calvi.

The delegate from the Holy Office did not report his presence or mission to the ordinary of the diocese. During the episode at Luisa’s house, when the delegate from the Holy Office was collecting the copies of the three works, Luisa remained calm, but the delegate also took her private diary-the notebooks of the volumes of the Book of Heaven! He took volumes 1 through 34. The matter of his authority to take these volumes is obscure, but it is believed by those close to the history of Luisa’ life that this delegate did not have any authority to take those volumes, which were her personal, private property. Volume 35 was overlooked, and volume 36 was only in the beginning stage. Luisa wrote a letter to be sent to the Holy Office, submitting herself totally to the decisions of the Church, stating that she would condemn whatever the Church condemned and approve whatever the Church approved. Her Archbishop told her that it was not necessary to send that letter.

Three months later, an unsigned article appeared in the Osservatore Romano, stating that the three above-mentioned works had been placed on the Index of Forbidden Books due to false spirituality and extravagant terms, etc.; but, significantly, no explanation was given of any error against Catholic Faith or Morals. Here, we are reminded of the 19-year condemnation of the writings on the Divine Mercy by Blessed Sr. Faustina of Poland.

The 34 volumes of the Book of Heaven were consigned to the archives of the Holy Office, now called The Sacred Congregation for the Doctrine of the Faith, under the current leadership of Joseph Cardinal Ratzinger. Providentially, these writings were carefully wrapped in protective paper and maintained in perfect conditon to await another day in God’s providence.

In 1967 the Index of Forbidden Books was abolished by Pope Paul VI. Juridical penalties for reading the books on the Index were removed, but the moral requirements remained, namely not to expose one’s self to the occasion of sins against faith or morals. This requirement always exists. The Vatican no longer has a procedure for reviewing all the publications concerning religious content. From time to time, certain writings are investigated by the Vatican with juridical penalties for those disapproved by the Vatican.

In late 1993, Cardinal Ratzinger’s Sacred Congregation for the Doctrine of the Faith, investigated the condemnation of the three works associated with Luisa’s name as well as the history of her writings and found nothing to impede the process for Luisa’s Cause of Beatification from going forward. In fact all the Sacred Congregations of the Vatican concurred that there was nothing to impede Luisa’ Cause from going forward. It is always difficult to know with precision the inner workings and decisions of Vatican offices, but it has been said that Cardinal Ratzinger’s office has cleared the record concerning the three condemned books, possibly having them specifically removed from the old Index. What is certain is that Luisa’s name has been cleared of any stigma attached to the 1938 condemnation, and no Vatican office had any objection to opening her Cause for Beatification. If there had been any question of danger to Catholic Faith or Morals, the Sacred Congregation for the Doctrine of the Faith would never have consented to the opening of Luisa’s Cause for Beatification. In fact, Archbishop Cassati, who is completely informed on the entire matter, recommended any attentive study of Luisa’s writings in a Pastoral Letter dated January 23, 1997.

On March 28, 1994, Angelo Cardinal Felici, prefect of the Sacred Congregation for the Cause of the Saints, signed an official letter to Archbishop Carmelo Cassati of the Archdiocese where Luisa lived, stating that he was pleased to notify him that there was no objection on the part of the Vatican to the opening of Luisa Piccarreta’a Cause of Beatification and that he had formal permission to do so. Luisa’s Cause was opened on the Feast of Christ the King, November 20, 1994.

In January of 1996, Cardinal Ratzinger released the 34 Volumes of the Book of Heaven to Archbishop Cassati as part of the protocol for process of Luisa’s Cause of Beatification. A team went to the archives of Cardinal Ratzinger’s office and spent 4 days photocopying and photographing the 34 volumes, finishing the project on February 2, 1996 (Feast of the Presentation and Feast of the Purification of the Blessed Virgin Mary). The originals were in perfect condition and were returned to the archives. The photocopies were taken to the Archdiocese of Trani and placed under the custodianship of Archbishop Cassati.

Concerning the original Volumes 35 and 36, they are in the custody of a certain priest in Florida, who has submitted photocopies of them to Archbishop Cassati.

In March of 1997, on the occasion of the 50th anniversary of Luisa’s death, it was announced publicly that the Tribunal Responsible for Luisa’ Cause had deternimed unanimously that Luisa’s life was one of heroic virtue and that her mystical experiences were authentic. Also, in 1997, due to the Beatification process, two independent, highly qualified theologians commissioned by the Church to review Luisa’s writings submitted their reports stating that they found nothing contrary to Catholic Faith or Morals. There may possibly be even more theological reviews before Luisa’s Cause goes to Rome (Luisa’s Cause is currently at the Vatican).

In summary, the record is entirely clear concerning the writings of Luisa Piccarreta. Anyone can read them with a clear conscience and be completely at peace. May God receive all the Glory He deserves and has determined to receive from his Creation, a subject which is most beautifully brought to our attention in the Book of Heaven.

Permanent link to this article: https://bookofheaven.com/the-cause/facts-concerning-the-writings/