Anniversary of the Presence of Luisa in Santa Maria Greca 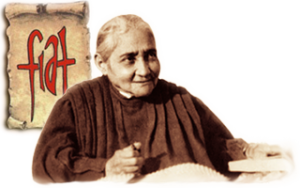 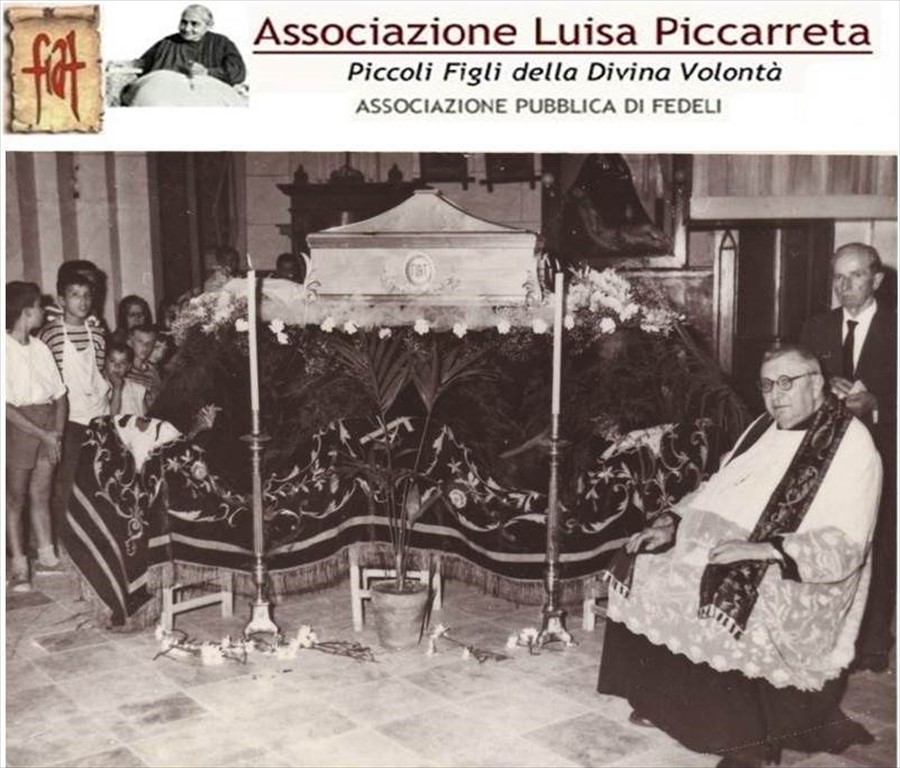 Since July 3, 1963, the mortal remains of the Servant of God Luisa Piccarreta have been kept in the Church of St. Maria Greca in Corato. After her death on March 4, 1947 and her solemn funeral on March 7, 1947, her body was placed at the cemetery of Corato in the chapel of her last official confessor, don Benedetto Calvi, parish priest of the Church Santa Maria Greca.

Don Benedetto, as spiritual assistant accompanied Luisa for 21 years, learning from her the truths of the Divine Will. He made every effort to Keep Luisa’s memory, so much so that he immediately asked the competent authorities to move her remains to the Church-Sanctuary of Santa Maria Greca.   This privilege was granted to him only in 1963. So on July 3, the body of Luisa was exhumed and moved. Everything was done in a very simple way according to Luisa’s lifestyle: simplicity, poverty and smallness.

Luisa’s mortal remains were collected in an urn “covered inside with finest silk cloths, into a crystal box, all locked in the urn to contain the bones of Luisa the Saint”. (Statement by on Benedetto Calvi) and buried inside the Church Santa Maria Greca.

Since April 23, 2019, with the consent of the Congregation for the Causes of Saints and Archbishop Leonardo D’Ascenzo, the tomb of the Little Daughter of the Divine Will has a new location. It is located to the left of the high altar, in the center of the Chapel of the Blessed Sacrament, which has been restored for this occasion

This new location makes it possible to pray with greater recollection, allowing pilgrims, who come from many parts of the world, to stop next to the tomb to receive light, strength, protection and to write a message or prayer on the visitors’ register. Luisa continues, in fact, to represent both for the city of Corato and for those who come from afar a bright lighthouse that shows everyone the path of the Sanctity of the Divine Will.

Permanent link to this article: https://bookofheaven.com/2015-conference/anniversary-of-the-presence-of-luisa-in-santa-maria-greca/