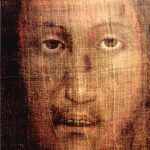 On Sunday, January 20, 2019, the German Cardinal Gerhard Müller and Archbishop Salvatore Cordileone To Bless World With Miraculous Image of Manoppello 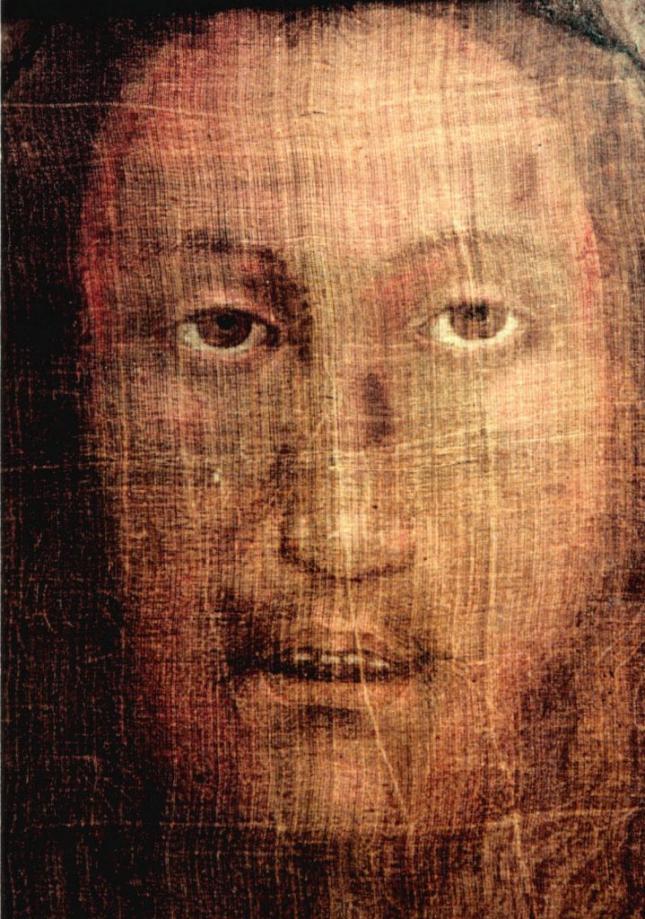 January 17, 2019 (LifeSiteNews) – A German cardinal and U.S. bishop, who are renowned for their firm and courageous defence of the Catholic Faith, will bless the world on Sunday January 20 with what is considered by many to be a miraculous image of the Holy Face of Jesus, the Volto Santo – called by Saint Padre Pio “the greatest miracle we have.” 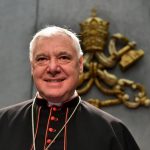 Cardinal Gerhard Muller at a press conference on October 25, 2016 at the Vatican. ALBERTO PIZZOLI/AFP/Getty Images

Cardinal Gerhard Müller and Archbishop Salvatore Cordileone will be in Manoppello, Italy, in order to celebrate Mass in the Basilica del Volto Santo and then to bless the Church and the world with the miraculous image of Our Lord’s countenance.

Paul Badde – author of severalbooks on the Volto Santo and Rome Correspondent of EWTN – has just interviewed Cardinal Gerhard Müller about this upcoming event. Different websites are announcing the event – at which Archbishop Bruno Forte, the local bishop of Chieti-Vasto, will also participate. The Jan. 20 event will start with an 11 o’clock Mass in the Basilica and then be followed by a procession and a blessing with the Holy Face relic.

January 20 is the traditional Omnis Terra Sunday, on which, in 1208, Pope Innocent III for the first time blessed the Church and the world with this relic, which is believed to stem from the tomb of Our Lord, depicting His Face at the moment of His Resurrection. (Please see here for more information on the Holy Face and its miraculous nature – there are no paint traces to be found on this picture.) In that year, Innocent III led a solemn procession with the Volto Santo from St. Peter’s to the church of the hospital of S. Spirito, S. Maria in Sassia. The procession was to be observed annually on the second Sunday after the Epiphany.

When the Holy Face became lost during the Sack of Rome (1527), this tradition stopped, only to be revived in 2016 by Archbishop Georg Gänswein, the private secretary of Pope emeritus Benedict XVI. Gänswein then carried a copy of the Volto Santo through the streets of Rome and celebrated a festive Mass in honor of this relic. 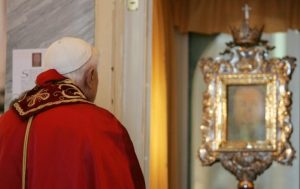 In 2006 and not long after his election, Pope Benedict himself went to Manoppello, a little village in the Abruzzi mountains, in order to visit the Volto Santo and thus to honor, as Pope, this relic once more .

Pope Francis, as of today, has never visited the Holy Face, but numerous cardinals have done so, among them Cardinal Joachim Meisner, Cardinal Robert Sarah, and Cardinal Kurt Koch. The bishop responsible for this shrine, Archbishop Forte, has given an interview to Paul Badde, in which he has strongly endorsed the authenticity of this sacred relic.

In his interview with Paul Badde, Cardinal Müller, who is the former Prefect of the Congregation for Doctrine, explained that he, as bishop and as priest, sees himself as “a defender of the Faith.”

“Even if I may not be anymore the Prefect [of the CDF],” he said, “it is still left to me the mission – as given to me in my ordination in Christ – to defend ‘the truth of the Gospels’ (Gal. 2:17).” It is in this light that Cardinal Müller said he also sees his visit to the Holy Face of Manoppello: “Therefore, it is also his [the priest’s] holy task to bless the faithful with Christ’s image, which he lifts up high. The Most Holy Trinity, the Incarnation, Christ’s Cross and Resurrection are the fundamental truths of the Christian Faith,” he explained.

In light of these holy duties of a priest, Cardinal Müller said he sees today, however, “a secularized way of thinking, also among the highest authorities.”

“It is fatal when bishops feel more at ease in being fundraisers, secret diplomats, a darling of the media, and a political confidant,” rather than being “humble servants of the Word (Luke 1:2)” and “examples for the flock (I Peter 5:3).” In the midst of the people, Müller continued, the priest “lifts up the Body and Blood of Christ during Holy Consecration and presents before Holy Communion the ‘Lamb of God Who takes away the sins of the world’ (John 1:29).”

When Paul Badde asked the German prelate about his own seeming fearlessness in the face of resistance and scorn, Cardinal Müller stated that “scorn and ridicule, intrigues and evil gossip” and other such traits “are not the adornment of a true Christian.” He clearly rejected forms of “power politics and intrigues which undermine the credibility of the episcopacy and also of the Vatican.” However, he added, “we would give a good example to the world if each of us were to follow his conscience, to live according to God’s Commandments of the Decalogue and to the Beatitudes of Jesus at the Sermon of the Mount,” with the help of grace.

“To pray together is better than to speak secretly evil things about others,” he said.

Further commenting on how the Church could come out from under her current crisis, the cardinal pointed to the importance of purification and penance. “That is to say: not to blame others, the Church, one’s predecessors, the clergy for one’s own guilt, but to beat one’s own breast and to pray mea culpa, that would really enhance the atmosphere within the Church.”

Permanent link to this article: https://bookofheaven.com/2015-conference/blessing-of-manoppello/