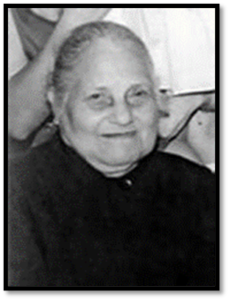 “faithful and silent confidant of Luisa

*1st of 4 days of copying the hidden Volumes

of Luisa Piccarreta in the Secret Archives of the Vatican

“You will be my witness.” 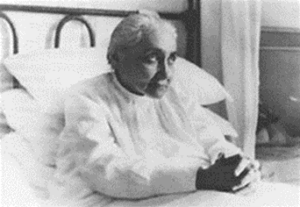 Every moment of the life of the Bucci family, Rosaria’s in particular, was permeated by the fragrance of the holiness of the Servant of God Luisa Piccarreta. From a young age, Rosaria Bucci, Aunt of Padre Bernardino Giuseppe Bucci, OFM, effected by epilepsy and having suffered the traumatic amputation of four fingers of her left hand, from an accident, was considered inept. From an invitation of Luisa to Rosaria’s mother around 1907, Rosaria began her daily visits and eventual care of Luisa, together with Luisa’s family. One day, while Luisa was busy working on the tombolo in the company of other girls, Rosaria had a seizure. All fled, frightened, and only Angelina, Luisa’s sister, came to her rescue. It is said that Luisa remained very calm in her bed, but she looked up to Heaven, professing these words:

“Lord, if you have placed her next to me, I want her healthy.”

From that moment Aunt Rosaria had no more seizures and miraculously became a perfect embroiderer of tombolo (lacemaking).

At about 5.00 a.m. Rosaria went to Luisa’s house to prepare the altar for Holy Mass – a privilege granted by Pope Leo XIII and confirmed by Pope St. Pius X. Luisa would then remain in prayer and thanksgiving for about two hours. At about 8.00 a.m. she would begin her work of lacemaking. Rosaria became so adept at working the tombolo that Luisa entrusted to her management of the teaching in her school of embroidery. In the afternoons, the  Holy Rosary was recited, and towards 8.00 p.m. Luisa would begin to write her diary.

Wherever Rosaria was, if Luisa called her, she would hear a little bell ring and would run to Luisa’s side. Once, little Gemma (Padre Bucci’s sister) hid under Luisa’s bed, perhaps to give Aunt Rosaria a surprise and unwittingly witnessed a mystical phenomenon. Luisa had a bedside table on which stood a glass bell containing a figurine of the Child Jesus. A great silence fell. Then Gemma came out from under the bed and saw the Child Jesus who had come to life, whom Luisa had taken in her arms and was covering with kisses.

In 1915, St. Annibale Maria di Francia, extraordinary confessor and ecclesiastical editor of the Servant of God’s writings, gave Rosaria a copy of the Hours of the Passion, which he published. Shortly before her death, Rosaria in turn gave that copy to her nephew Padre Bernardino Bucci:

“I give you this book that is a relic because it was given to me by Father Annibale.

It is not in very good condition because I have read and re-read it many times.” 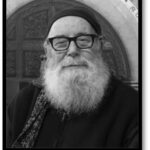 Padre Bucci’s entire life and priesthood were immersed in the writings of the little daughter of the Divine Will, Luisa Piccarreta. He was the first priest to read, study and put into practice the Truths given to Luisa from Jesus.

Rosaria also gave to Padre Bucci the original Volumes 35 and 36 that were not taken to the Vatican. Padre Bucci later affirmed:

“All the information that I received from Aunt Rosaria is found almost entirely in the various archives of documents existing in the Congregation of Rogationists and Sisters of Divine Zeal, as well as the archives of the Sisters of the Sacro Costato founded by the Servant of God Eustachio Montemurro.”

As for the many requests about the great phenomena and mystical experiences that surrounded the Servant of God Luisa Piccarreta, Rosaria would give her reply:

“Everything that served as the salvation and the sanctification of souls, everything that serves the Kingdom has been written. Everything else is part of the intimacy between Jesus and Luisa, and it is not given to us to investigate and to enter into this sacrarium, this intimacy. It would be only curiosity.”

Having read all of Luisa’s writings, Rosaria also had an earnest devotion to the protection of the unborn. According to Padre Bucci, just before her death, Luisa revealed to Rosaria that Jesus gave Rosaria the Mission of helping the Preborn in a similar way that Jesus gave Luisa the Mission of those Born to the Light of the Day, as in the following reading: Our Lord Jesus to Luisa, Volume 36-April 12, 1938:

“…You were asking in My Will for the Baptism of All newborn babies that will come to the light of the day – and then, for Its Life to Reign in them. My Will did not hesitate for an instant; soon It Pronounced Its Fiat.”

In 1938 the condemnation of the Holy Office fell on Luisa; the Servant of God was struck by unheard-of storms. Many people turned away from Luisa, while Fr. Calvi, Luisa’s (last confessor), Rosaria, the Cimadomo sisters and a few others remained faithful to her.

“You will be my witness.”

After Luisa’s death, Rosaria tirelessly promoted the beginning of the Cause of Luisa under the Spiritual Direction of St. Padre Pio:

“Rosà, go ahead, go ahead for Luisa is great and the world will be full of Luisa.”

After the venerated Padre Pio’s death in 1968, Rosaria made known to Padre Bucci:

“During my confession Padre Pio told me that Luisa is not a human factor, she is a work of God and He Himself will make her emerge.  The world will be astounded at her greatness; not many years will pass before this happens.  The new millennium will see Luisa’s Light.”

Rosaria traveled, accompanied by her niece Gemma to spread the devotion to the Servant of God Luisa Piccarreta. Travels included: to St. Padre Pio of San Giovanni Rotondo; to the lawyer Palermo who worked in a Vatican congregation; to the Holy Office of Cardinal Ottaviani (secretary of the Congregation) who kindly heard her and promised to take up the case; to Archbishop Monsignor Addazzi of Trani, who said to her:

“Miss Rosaria, I do not know whether to reprimand you or to admire you for your courage.  You have faced the guard dog of the Church, the great defender of the faith, without being bitten.”

“…one day the world will speak of Corato as we now speak of Bethlehem.”

“After Our Lady, comes Luisa, who brings the world the Third Fiat, the Fiat of Sanctification.”

‘One day Our Lord said to Luisa:
“All those who have seen and known you, Luisa, will be Saved.”’

On the Feast of Christ the King, November 20, 1994, Archbishop Carmelo Cassati of Trani opened the Cause of the Servant of God Luisa Piccarreta in Chiesa Matrice di Santa Maria Maggiore, Corato, Italy.

Rosaria Bucci was buried in the Bucci family tomb in Corato. The day after Rosaria’s funeral, the whole family gathered for the customary second burial ceremony.  The coffin was opened for the last time, and to the wonder of all, Rosaria seemed to be sweetly sleeping. A soft and sweet fragrance came from her coffin.

Padre Bucci, Rosaria’s priest nephew, to whom she entrusted everything of Luisa, went to his Eternal Reward on July 17, 2020. This was the eve of the Feast of Santa Maria Greca. Padre Bucci was the Spiritual Father of many of the little children of the Divine Will throughout the world. On July 3, 1963 Luisa’s body, once buried in the place of the Bucci family tomb, was moved inside the Church of Santa Maria Greca. On April 23, 2020, Luisa’s birthday, was moved to the front of the Church, right side of the High Altar.

Permanent link to this article: https://bookofheaven.com/2015-conference/rosaria-bucci-birthday-on-easter-sunday/